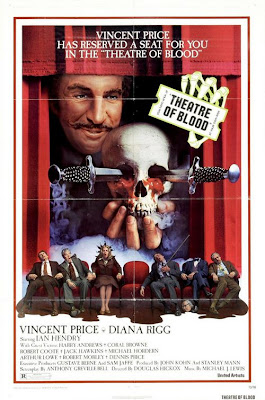 , I could not help but to be in awe of his genius. Looking at his library of film is like reading Poe

, so many titles that just jump out at you. Today’s choice is Theatre of Blood

from 1973. I remember seeing this film later than many of the other Price films, as it seemed almost unknown. Once I did, I have to admit it is one of my favorites and one that I watch on a regular basis. 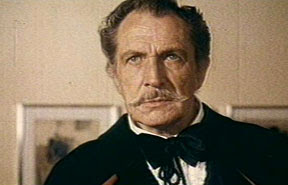 Plot/ A serial killer stalks London, targeting theater critics who he kills in methods inspired by Shakespeare plays. The police grow to suspect the killer is Edward Lionheart, an egotistical actor who leaped to his presumed death after being denied an important award, mainly due to his refusing to appear in any play not written by Shakespeare. The remaining critics and the police find themselves helpless to stop Lionheart's increasingly baroque revenge, though they contact his daughter in a desperate attempt to find something they can use against him. Everything builds to a reenactment of King Lear in which Lionheart will succeed or die for the last time. 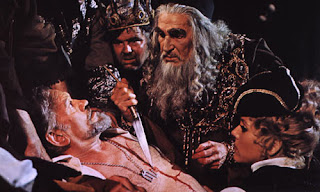 Filmed on the heals of the Dr. Phibes

movies, this movie does have some similarities. Yet, as a whole this film is so much more. Yes, There are some loopholes and vague areas in the script, but the movie flows right through those parts and they are really just minor flaws. Price is masterful as Lionheart, and shows extreme versatility by morphing into many different characters and playing them perfectly. The rest of the cast is solid, and have sound performances. However, it is the inventive death scenes inspired by the classic works of Shakespeare

that will probably stick in most viewers’ minds the most. In all, this is a very underrated film on the Price resume and one that is a must see for all price fans. 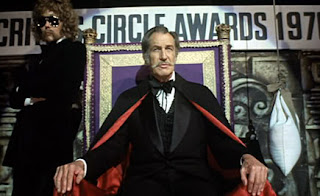 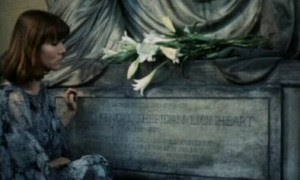 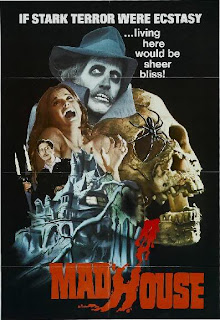