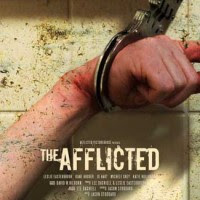 This lady, Theresa Knorr, was that immoral and evil. Born in 1946, Knorr was convicted of torturing and murdering two of her children and was sentenced to two-consecutive life sentences after pleading guilty to save herself from the Death Penalty. Incredibly, some of the most intense parts of movie are in fact true. The story arc of the mother shooting her daughter, leaving her to rot in the bath tub handcuffed to the soap dish, nursing her back to health before torturing her by performing surgery to remove the bullet with alcohol and a box cutter, you guessed it, true, as was burning her body along the roadside. The same can be said of the death of another daughter, who was forced into prostitution by her mother, tortured, locked in a closet until her death by dehydration and starvation some days later. 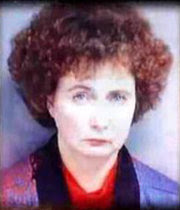 As a fan of horror, stories like this that are mostly true are much more disturbing than the slasher films I grew up on. In a weird twist, it seems like religious fanaticism lay at the heart of these and other torturous crimes that are too hard to even imagine. Unfortunately, these tales are truly the mantra behind the statement that sometimes truth is stranger than fiction, especially when you consider she is eligible for parole in 2027. The Afflicted is a disturbing movie that honestly captures the darkness in this story. I definitely applaud Midnight Releasing for pushing the boundaries with films that stay true to the brutal depths of human darkness. 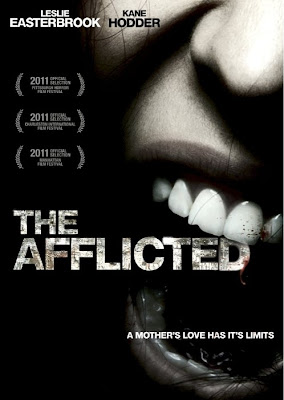