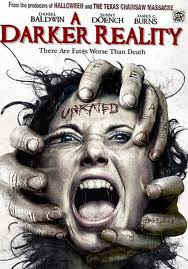 Whenever you go to a video store, there is always that film that you look at and in the end decide against. Finally, after some time, you break down and pick it up, hoping you made the right decision. In my case, with the terrible streak I am on, I am sure that it would never be what I was hoping for. The flick that backed me into this corner was A Darker Reality from 2008.

Plot/ Detective Alex Belasco and his assistant a media savvy personality named Jesse Metcalfe are searching for a serial killer who targets women known only as “The Ghost”. As they dive deeper into his mind and inch closer to finding him, they discover something dark, depraved and disturbing. 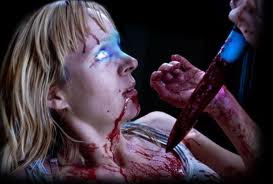 I had passed on this one a few times before grabbing it, and I am glad I finally grabbed it. First off, Daniel Baldwin does a great job at playing a psychopath; he was extremely believable and intense throughout. While there were some flaws, mostly centered around the police / detective characters and characterizations; they just seemed forced and very clichéd. The storyline was interesting (even with a few holes), the atmosphere was heavy and dark, and the violence and gore was equal to the strong performances of the tortured souls. Yes, the ending was a bit of a twist (although somewhat predictable), but that just adds to the darkness. In the end, this blood-soaked and ultra-violent journey with a psychopath is definitely not for everyone; If you like that kind of thing, definitely check it out. Now, I have to find A Dark Reality to see what it has in store. 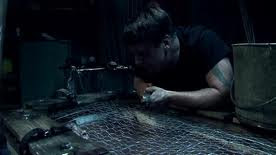