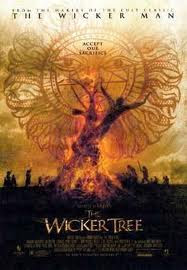 After watching 11-11-11, I decided to venture back to the Family Video Store to see if I could find something of a religious nature to continue my unplanned religion week here on the site. While there was a ton of selections, one film caught my eye, The Wicker Tree. This sequel (30 some years later) is one I had hoped would someday be made, as the original flick The Wicker Man, is one of the greatest flicks I have seen. How did it stack up? Well… 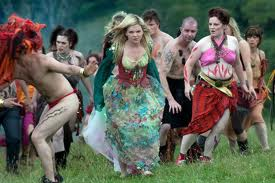 Plot/ Charmed by the residents of Tressock, Scotland, two young missionaries accept the invitation to participate in a local festival, fully unaware of the consequences of their decision. 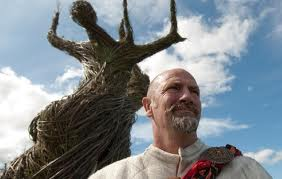 I probably should not review this one. As a huge fan of the original classic The Wicker Man, I knew that there was no way a sequel (or remake) could ever duplicate the intricacies and depth of the original. This film is very different from that great work. Full of cliché, dark humor, and stereotype, it seemed forced and failed to create the atmosphere or curiosity of the first one. The script was flat, acting uneven, and some of it made absolutely no sense. There were some positives in it (like seeing Christopher Lee in a cameo) and there was definitely some potential there, but much of the film left me blah. Maybe in a few years I would rewatch it without thinking of the classic, but until then, I guess it is time to dust off my copy of the Lee classic and watch a true journey into the depths of paganism, religion and sacrifice. 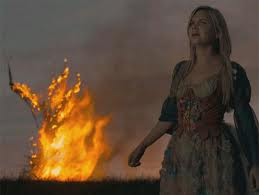