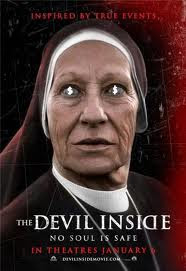 After watching a twisted religious piece in The Afflicted, I wanted to keep the strange religious themes going this week. I mean, honestly, is there anything better than demons running amuck or seeing an exorcism? I do not think so. My selection for the evening is the 2012 docudrama / horror The Devil Inside. 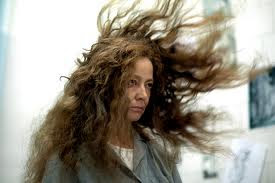 Plot/ In Italy, a woman becomes involved in a series of unauthorized exorcisms during her mission to discover what happened to her mother, who allegedly murdered three people during her own exorcism. 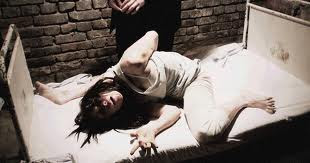 Was this a perfect movie? Absolutely not, but there was actually a lot more to like about it than I expected. The storyline was interesting and quite dark, it was actually one of the more eerie flicks I have seen lately (and the contortionist creeped me out…ugh). The acting was solid, and honestly, the atmosphere really worked. Yes, there were some plot holes, there was no gore and the hand cam / mockumentary style has been over done recently, but overall, it was an intriguing flick. In the end, it is somewhat flawed, but it was an entertaining flick. Sure, it is not the best in the exorcism genre, but it is worth watching at least once as a rental. 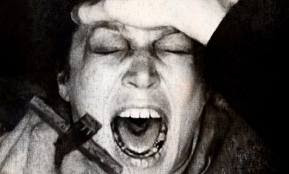