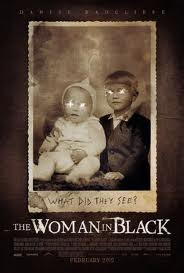 When I ran to Family Video to take some flicks back, I decided to check and see what was available. For me, this heat has been miserable and even made me suffer inside on my first Memorial Day since I have retired. I did get out early in the morning to go fishing with my dad, catching three amazing trout, but that drained me to the point where I could not function. Luckily, I had something to watch in the 2012 Hammer Films atmospheric ghost story The Woman in Black. 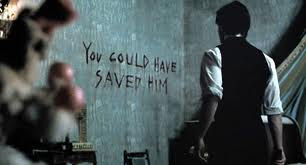 Plot/ A young lawyer, struggling with work after the death of his wife, is sent to a remote village to settle the estate of a deceased eccentric woman who owns an English manor. The village residents want him to leave as they are trying to conceal a deadly secret. 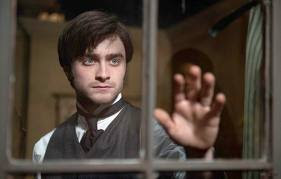 It is not often, where you find a movie, surrounded by hype, which actually hits home. For me, that is exactly what happened with this one. Honestly, it was amazing to see Hammer Films return with this atmospheric gem. The acting was solid, with Daniel Radcliffe successfully carrying a layered character, the cinematography and design fit the storyline perfectly creating a dark and creepy dominion, the mood, atmosphere and feel just worked and there were enough subtle scares to keep it interesting. Yes, some of the pacing seemed a bit off and the cut-in visions added some confusion, but those flaws were minor. In the end, I am somewhat disappointed in myself for not going to see this one in the theatre; it would have been worth it. If you love ghost stories, check this one out! 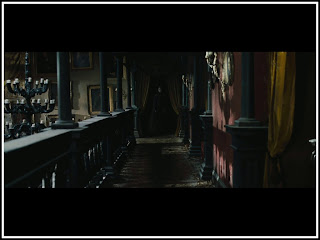