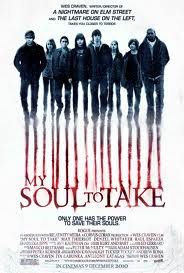 While searching the television for something to watch, I stumbled on My Soul To Take (2010) on one of my cable channels. With my choices slim, I decided to break down and watch it, even though, the previews I remembered did nothing to excite me. 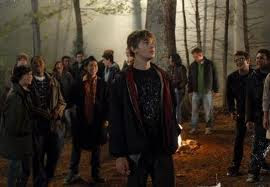 Plot/ A serial killer returns to his hometown to stalk seven children who share the same birthday as the date he was allegedly put to rest. 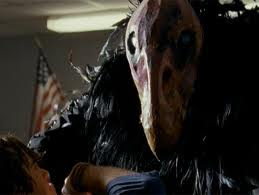 In some ways, I was very surprised that this flick was all done by Wes Craven. Yes, the idea and back-story provided within the first 10 minutes was awesome, but things toiled out of control after that and it definitely failed on many levels. The acting was so-so, the characterization just OK, and the combination of dialogue and predictability were laughable (including the ending I saw a mile away). Yes, some of the cinematography featured cool scenery, some of the costuming and effects were good, and some of the bloodshed awesome, but those few elements can do nothing to save the viewer from this overall mess of a movie. For me, unless you are a diehard Craven fan, STAY AWAY! 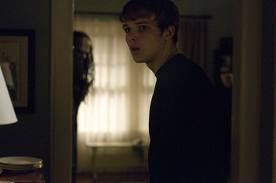