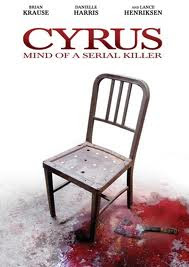 Growing up, I always liked mysteries, I always wanted to be a detective and work for the FBI. I wanted to go back in time and solve the Jack the Ripper case, yeah, I was a bit of a dreamer. I remember reading the book Journey into Darkness; for the first time seeing the demented minds of serial killers. The reality of what drove them and knowing that they could be standing next to me was a scary thought. Since then, I have always had a soft spot for movies based on serial killers (and occasionally write about them when I do write anymore). One of the latest movies I have watched on the subject was an interesting indie flick, Cyrus: Mind of a Serial Killer from 2010. 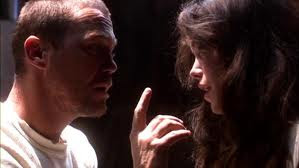 Plot/ An independent TV reporter and her camera operator interview a man in regards to a serial killer the man knew by the name of Cyrus. The man traces back through the story of the serial killer and why he became the monster he is.

Reality can be dark, and serial killers often make the world darker. Movies about serial killers can be hit or miss, with many suffering a clichéd death. That pain is felt on this one, as there are many cliché moments throughout. However, with this film being loosely based on the life of a real serial killer (Fritz Haarmann – the butcher of ), those moments and some of the storyline should be a bit familiar (even if it is a movie). Overall, I found the storyline interesting (albeit a bit predictable), the acting solid with just enough of graphic visuals to keep things dark and even a bit disturbing (breastfeeding anyone?).  Sure, some of the pacing is a bit slow and some of the characterizations are off, but those are easily overlooked. In the end, this flick is nothing new, but it was an entertaining trip into a story about a serial killer and his demented ways. Sure, it is not for everyone, but if you like movies based on serial killers, you should definitely like this one. 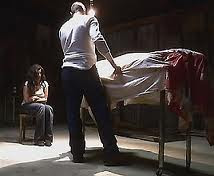