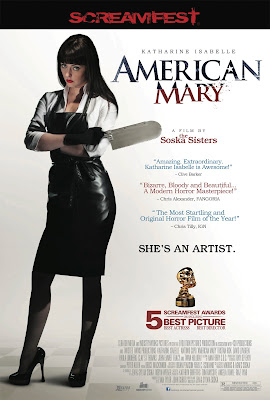 Having a long night in the field last night doing some Bigfoot research made for a somewhat lazy day. Of course, the 90-degree temperatures may have played a role in that as well. As my day wore on, I decided it was time to take some time and find something different to watch. In the end, I decided to check out American Mary from the Twisted Twins, the Soska Sisters. 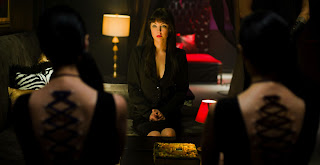 Plot/ The story follows medical student, Mary Mason, as she becomes increasingly broke and disenchanted with the surgical world she once admired. The allure of easy money sends Mary into the world of underground surgeries which ends up leaving more marks on her than her so called 'freakish' clientele. 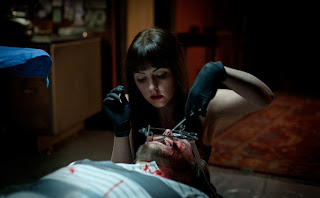 Going in, I was not quite sure what to expect with this flick, but I am glad I grabbed it. American Mary is an interesting flick that seems to cross through different genres while delivering an entertaining trip. While it is not quite a normal horror flick, there is a lot to like. The acting was solid, the story dark, and the production values and cinematography top notch. Overall, the movie is as advertised. The only flaw is the ending, which is just average in comparison to the rest of the flick. In the end, the Soska Sisters created a flick with non-mainstream appeal and the potential rise to cult status. Check it out!