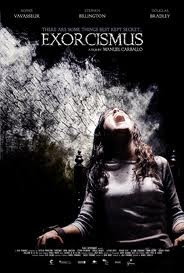 I have been attracted to films about possession ever since the first time I witnessed The Exorcist as a teenager in the 1980s, and it has been a while since I found a film in that genre that truly stood out. To me, many of the films in that category try too hard to reach the look, feel and tension created in that classic, just to fall flat. Hopefully, Exorcismus does not fall into that same trap. 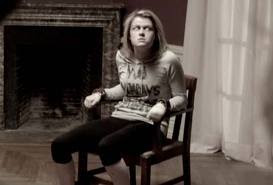 Plot/ Fifteen-year-old Emma is going through the growing pains of teen life, believing her parents don't understand her and longing for the independence that's still a few years away. When Emma falls prey to a series of seizures that leave doctors and psychologists baffled, her parents summon a priest to help the girl. But what lurks inside Emma is far more dangerous than they could have ever imagined. 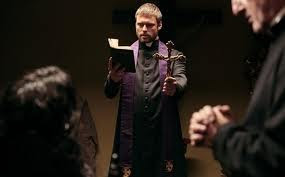 Not knowing what to expect when I put this on, I will admit that I am glad I chose this one. Sure, the movie started with the typical possession cliché’s, but it also offered some outstanding dark and disturbing takes. The acting was solid, the cinematography above-the-line, and the characterization was tremendous. However, it was the dark and tense atmosphere and the wisely placed and well done effects which truly made this flick stand out. Yes, this one is not perfect, but it is absolutely one of the best possession themed films that has been released in some time and definitely worth checking out. 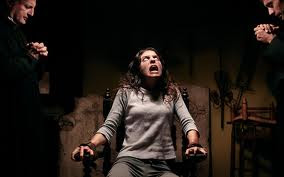