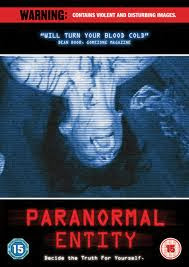 After somewhat enjoying the paranormal feel of the movies from last night, I decided to stay in a similar genre as I relaxed prior to my second interview at the Pittsburgh Institute of Aeronautics. My selection was 2009s Paranormal Entity from The Asylum. 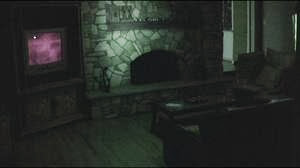 Plot/ A family is tormented by the paranormal and have recorded the events. Now, after the entire family is gone the actual footage of the supernatural events leading up to the 2008 murder of Samantha Finley is released. 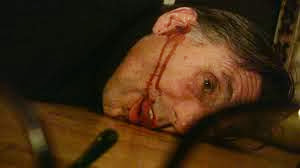 This flick was definitely a take-off of the surprise hit Paranormal Activity, featuring a similar storyline, film technique and structure. However, putting that aside, I found this movie somewhat entertaining and at times on par with that one. Unfortunately, there was nothing original in any way, the acting was so-so and honestly, the found footage idea is starting to be played out. Sure, there were some atmospheric moments, but in the end that was not enough to keep this afloat. Especially with the ending, which seemed rushed and almost forced and did not hold the same effect as the one in Paranormal Activity.  If you have not seen Paranormal Activity, go ahead and check this one out. If you have, watch this one only if you are a true paranormal fanatic. 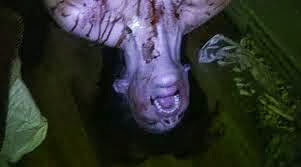