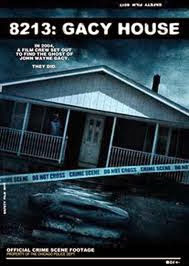 After some decent Sci-Fi fun, I decided to venture into the world of the supernatural and paranormal. It is funny, many times during these holiday periods, these topics become great fodder for marathons, and I still cannot get enough. My choice for last evening was 8213: Gacy House from 2010. Plot/ A group of paranormal investigators enter the abandoned home of pedophile and serial killer John Gacy, hoping to find evidence of paranormal activity. Upon entering the house they set-up cameras throughout the abandoned house while going room to room with hand-held cameras, performing séances and asking for John Gacy to come forward. As the evening progresses, it seems the investigators are not prepared for the horror still within the house.

Let me start by saying that this is far from the worst movie in this genre. As someone who has been part of paranormal investigations, there was some realism inside the storyline. Unfortunately, this story has become all too typical and nothing stood out. The acting was uneven, the pacing off, the characterization non-existent, and some of the elements inside the reality made little to no sense (especially Gacy’s spirit returning in the clown costume-wow). In the end, this was a decent entry from The Asylum. While I would not search it out or waste money on it, if you stumbled upon it for free it can at least help pass some time. 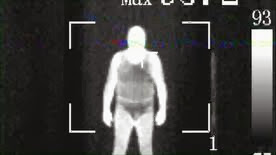