After watching the Pittsburgh Steelers fall in overtime (great call Andy Reid), it was time to kick back and watch something dark. Yes, yes, the Steelers preseason has been rather bleak, but it is still entertaining and there have been some bright spots. My movie choice for the evening is another one based in , and filmed here in Fayette County (Brownsville), the 2013 thriller Riddle. 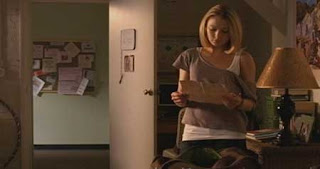 Plot/ A college student is drawn to the mysterious small town of , in search of her missing brother. Against the will of the local Sheriff, she begins to unravel a mystery connected to an abandoned psychiatric hospital on the edge of town, uncovering a terrifying past the town is determined to keep hidden. 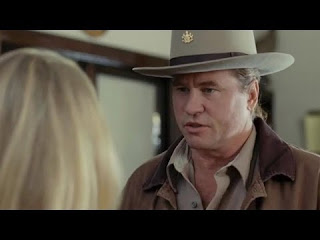 This one was a bit uneven for me, as there were some parts that I really liked, and others that left me a bit disappointed. On one hand, this had a lot better quality than some films in this budget range it showed. The sound track worked, the acting was somewhat uneven, but for the most part worked and the setting was perfect for this type of entry. Unfortunately, there were some head scratching moments within the storyline that definitely left the viewer frustrated. On top of that, it featured some choppy editing, strange characterization points, and a somewhat disappointing amount of slow pacing. In the end, it was not terrible, but it was not great. Yes, there were some entertaining moments, but not enough to make it truly worthwhile. It may help  pass some time, but it is definitely not for everyone. 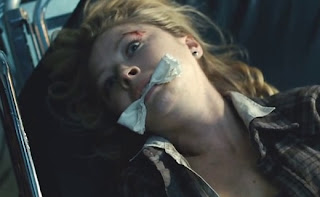