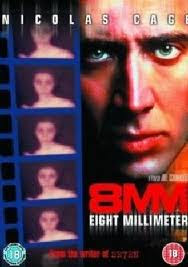 Having the day to watch one of the daughters who was home sick, I decided to check out some flicks that have been piling up on me. While I was going to focus on Friday the 13th and the franchise this week, I had to take a break from it. With that decision in hand, I went toward a thriller, the 1999 flick 8MM.

Plot/ A private investigator is hired to discover if a "snuff film" is authentic or not. 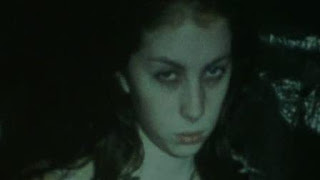 It had been a while since I had watched this flick. However, after a conversation with a computer wiz I know about the depths and levels of unseen internet, I decided to watch it again. This is one of the better thrillers I have seen and has enough suspense to draw you in. The acting is solid, the atmosphere tense, and there is a realism that makes it even more dark and disturbing. Sure, some of the characters are cliché and there are some holes in the storyline, but those are easily overlooked. In the end, this is an awesome flick that must be watched. Yes, it is not for everyone as the premise is unsettling and real. If you have not watched it and get a chance, check it out! 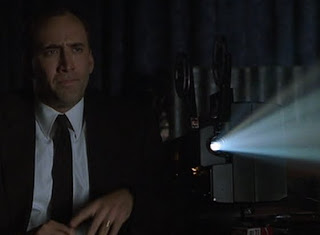