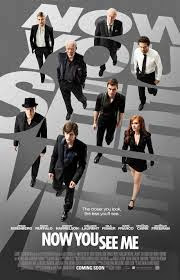 One thing that sometime gets to me is the inability to venture out to see movies in the cinema. Do not get me wrong, I could, but with the over-exurbanite price of everything, I prefer to head to the drive-in, where it is more cost effective. In doing that, there are often movies I miss on the big screen, and I am forced to wait for their release. Now You See Me (2013) was one of those movies. 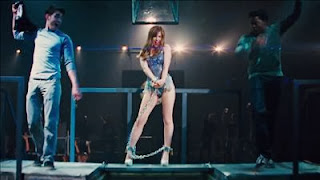 Plot/ An FBI agent and an Interpol detective track a team of illusionists who pull off bank heists during their performances and reward their audiences with the money. 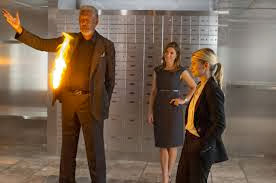 Now that I have seen this, I understand why I heard so many differing opinions at work. While visually stimulating and an interest premise, the potential was here for so much more. The acting was solid, the idea was strong, and the execution was used to create an entertaining movie. However, the lack of characterization, the invisibility of the tremendous cast as a whole, and the overwhelming clichéd ending will in the end keep this from being all that it could have been. Yes, the characters are interesting, but there was no definitive back story, just some disconnected elements that were hinted at throughout. In the end, this one is entertaining and fun, with enough visual to keep you interested the first time through, after that it may be a challenge. 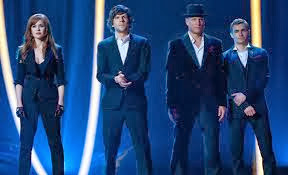