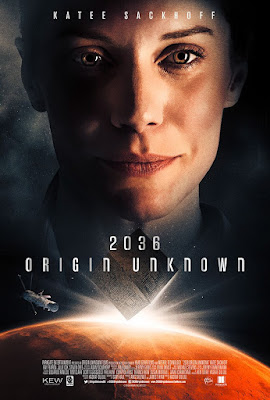 I know, I know, I haven’t been around the blog as much as I had intended, but that is all for a good reason. A few months ago, I got contracted to start a series of stories for an Instagram based app called texties.lol and I have been hard at work bringing my Man of Cloth character and the world of Summit View to life. So far, it has been an extreme success and I signed on for a second installment. I have also been busy working on my pop culture and vintage toy store, something that I hope will take off and allow me more freedom in the future. With that, you will be seeing some changes to The Ringmaster’s Realm, as it will serve as the headquarters for both my movie reviews as well as store announcements with cool finds and item listings, so stay tuned. Well, enough on that, the next movie for review is the 2018 science fiction entry 2036 Origin Unknown. 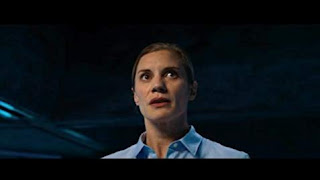 Plot/ After a failed mission to Mars, A.I./ARTI is now used for the 2036 mission with a few human supervisors. A monolith of unknown origin is found there. It will have a big effect on Earth. 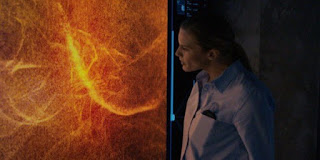 Being a fan of the genre, I really wanted to love this one. Unfortunately, I could not truly get into it as much as I thought I would. The story and plot really don’t add anything to the genre that we haven’t seen before. In fact, much of the movie sets up to be far more confusing than it should have been. The pacing is slow, there is no real action, too many things are left open to interpretation and are never explained in detail. I did like the use of AI and found it interesting that this is another example of how filmmakers turn the keys to everything over to a machine. Personally, I must agree that it will end badly when that happens. There is also a solid baseline of tension layered throughout, even if the entire storyline is predictable and lacking depth. In the end, this is far from a perfect movie, but there is at least some unanswered questions that make you think. While I would not completely recommend it to everyone, it does make a good backdrop if you are trying to get some work done. 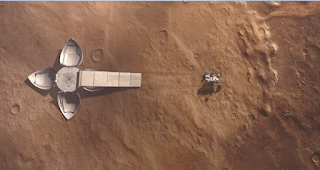