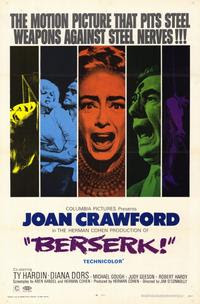 Yesterday prior to the draft, I had my daughter Jillian select a movie. While I truly expected something zombie or slasher related, I was surprise when she pick the 1960s era circus themed Berserk 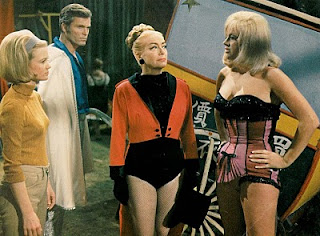 Plot/ Monica Rivers, is the owner and ringmaster of a traveling circus and who'll stop at nothing to draw bigger audiences. When a series of mysterious murders begins to occur and some of her performers die gruesomely, her profits soar. 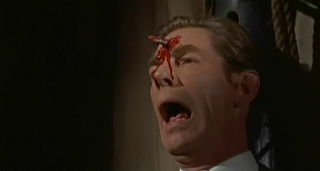 Hopefully, this was originally intended to be a comedy / thriller, because that is exactly what it turned out to be. This is not a masterpiece in any way; the title does not seem to fit, the acting seems a bit over the top (including the still lovely Joan Crawford), there is definitely too much circus stock film used as fluff and the ending is forced and laughable. However, there are some decent deaths and cool dialogue, truly pure campy fun that cannot be overlooked. While far from perfect, this is an entertaining film that has its moments. For me, it was a great thriller to watch with the daughters! 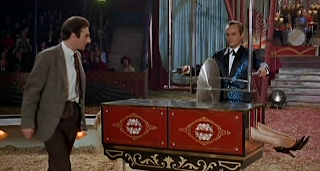