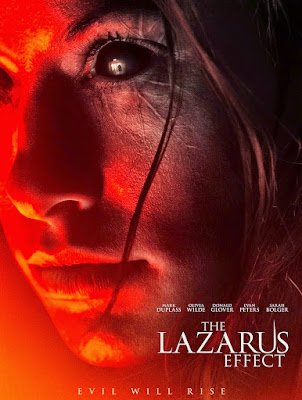 Three weeks down in transmedia class and I finalized the Copy Deck for the group project, now all that is left is putting it all together. It should definitely be fun. Anytime I can submerge myself into the world of H.P. Lovecraft, I jump at the opportunity and I look forward to seeing how this comes out. While working on it last night, I decided to kick back and watch The Lazarus Effect (2015) as I contemplated what order the fictional blog, Wisdom From Beyond, should be populated. 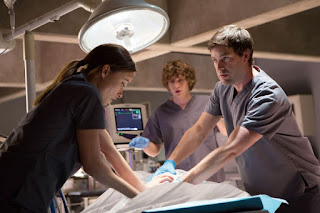 Plot/ When the dean of their university learns of their underground experiments, their project is unexpectedly shut down and their materials confiscated. Frank, Zoe and their team take matters into their own hands, launching a rogue attempt to recreate their experiment, during which things go terribly wrong and one of their own, Zoe, is horrifically killed. Fueled by terror and grief, Frank pushes them to do the unthinkable: attempt to resurrect their first human test subject. 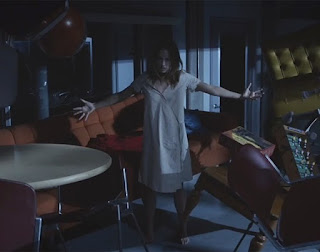 If you are a horror fiend like me, you will have seen many interpretations of this story since you started into the genre. Personally, most horror has become somewhat predictable to me, and I have accepted that aspect of the films. That was definitely the case with this one. On one hand, it was predictable, but there were also some interesting facets that made it a lot more entertaining than many of its predecessors. The performances were solid, the cinematography worked and most importantly, as a PG-13 entry it makes it a great Halloween treat for the entire family. Yes, I would have loved something darker, but sometimes I just embrace watching something with the daughters. Of course, between the predictability and the uneven storyline, there were some head scratching moments that if streamlined could have made the flick even better. In the end, this was much better than I expected it to be, and was an entertaining homage to the classic Frankenstein narrative. If you are looking for something to get the Halloween juices flowing for the entire family, give it a shot. This one will at least make you thank a little bit.