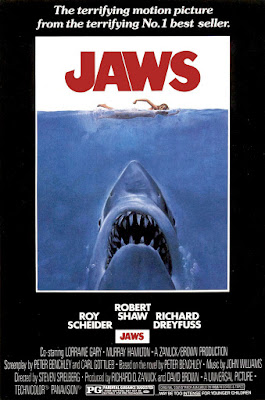 After taking yesterday off to go watch West Virginia defeat Youngstown State, I decided that it was time to get some movies in this afternoon. While I did watch a variety of material, I figured I should change things up a bit and review a classic. After some internal debate, I decided it was time to look at the timeless 1975 entry Jaws. Plot/ When a gigantic great white shark begins to menace the small island community of Amity, a police chief, a marine scientist and a grizzled fisherman set out to stop it. 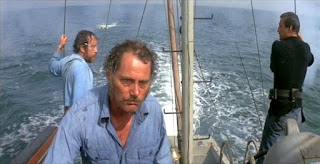 I tend to stay away from classics here on The Ringmaster’s Realm, but today, I decided to revisit a classic. I know everyone has heard of Jaws, and really there is nothing more I can say that hasn’t already been said or written somewhere. However, this is a movie that clearly stands the test of time and has held up quite well over the past few decades. Based on the book by Peter Benchley (who also gave me my introduction to the Bermuda Triangle), the storyline and vision that Steven Spielberg created is still amazing. The cast is masterful, with the characters all endearing themselves into every scene, the soundtrack is perfect, the atmosphere heavy, and the scripting and cinematography are examples that should be used in every film class. Hell, I still don’t like swimming in the ocean (although, there is some of my Naval career that influences that as well). Yes, the shark itself has some issues and there are some points that make you scratch your head, but those are but minor in the grand scheme. In the end, Jaws is a movie that helped shape not only a genre but also a generation (and amazingly it was done with a PG rating). If you have not seen this original classic, you are wrong. Watch it now! 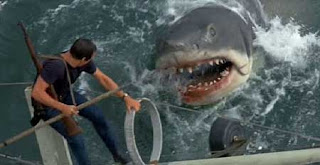 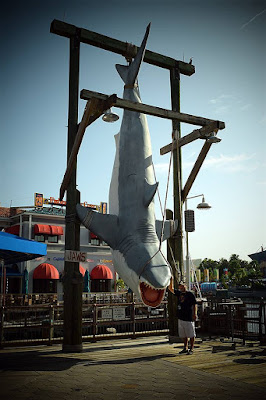