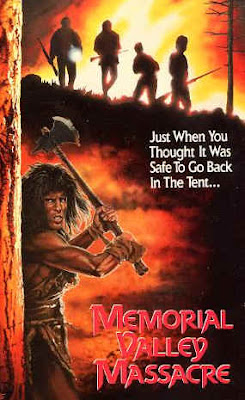 After some debate with the voices in my head, I decided to finish disc 1 of Cult Horror Collection

. The last movie on that disc is Memorial Valley Massacre

from 1988. Unfortunately, this is one film I had never seen (or heard of) before and having spent most of the 1980s knee deep in slasher’s I am not expecting much. 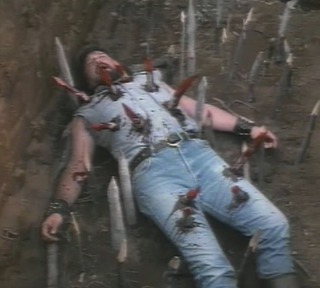 Plot / With the Memorial Day holiday quickly approaching, a campground struggles with its polluted water, unsafe roads, old equipment, and a criminally insane hermit who comes out of isolation in order to murder every last campground visitor. 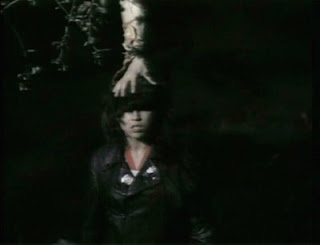 This movie was definitely the downside to disc 1. I will admit it had enough cliché to make it a 1980s slasher flick, I.E. low-budget/low expectations. The characters were bland and appeared very one-dimensional. The plot based around a strange feral killer that was supposedly lost for 17-plus years in the wilderness was definitely a bit of a stretch and to top it off the death scenes are bad with minimal gore or effects. To be honest, I was confused at what direction the film was supposed to be going in horror, comedy or both. Unfortunately, for me, it missed the mark in all aspects. Fans of camp based slasher’s may enjoy this one, but if you are searching for a similar but better slasher from that era, try the Burning

, it is a much superior entry. 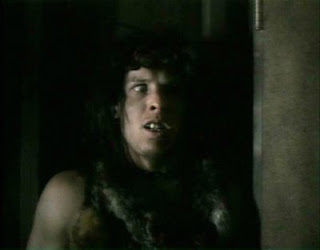