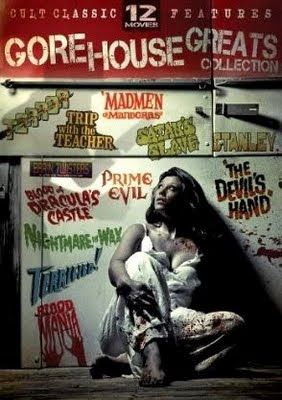 After viewing all 12 movies on this set, it was definitely a great gift from my little brother. Yes, there were some down moments, but in the end, there were more winners than losers. My only major complaint is the overall lack of gore! The best films on the the Gorehouse Great Collection