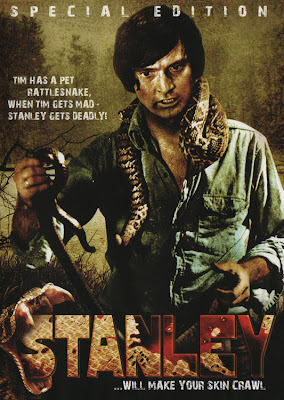 That’s it, I finished the Gorehouse Greats Collection

now that I made it though Stanley

. What a day to do it, with the Sci Fi Channel running a marathon of similar modern fare with the likes of Vipers

. Hell, even Showtime chipped in with Cobra vs. Komodo 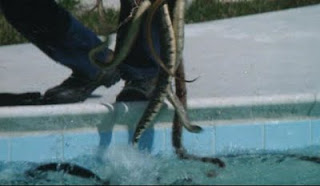 Plot / Returning to a life of racial bigotry after two years of killing in Vietnam, Seminole Indian Tim needs alot of help. The only love and affection he is now capable of expressing is to venomous snakes. TimÂ‘s fellow human beings respect his serpentine expertise; his affection for snakes is another story. Tim finds others hate, if not misunderstanding, Stanley and his snake friends. If his friends are killed or mistreated, Tim dishes out cruel punishment to the human transgressors. Snakes are his tool for revenge. Snakes, however, are fickle creatures and the final venomous showdown takes place deep within the swamp between the two friends. 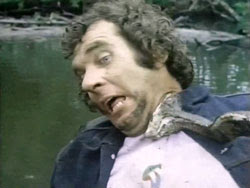 If you are a fan of movies on the Sci Fi channel, than this movie is worth a look. The film is at its most creepy with scenes of real snakes crawling all over the home of the snake-man. Besides being quite dated in comparison to the modern snake attack movies (such as Vipers which I watched this morning), the main weakness is in it's running time. I definitely felt like the film plodded along more than need be. In the end, it was a decent note to end this collection with. While it is not scary, if you do not like snakes, you will definitely squirm a little. The acting is solid, and the script made it at least a bit believable. .This movie is no classic, but it does stand tall next to the stuff being forced out of Sci Fi land! 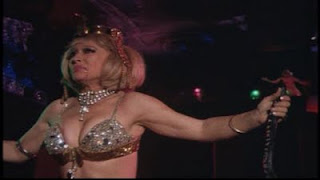