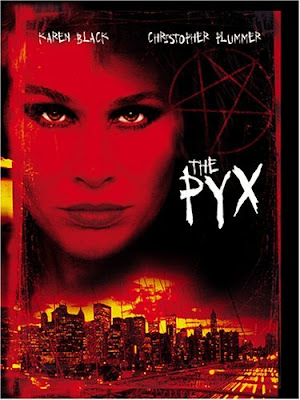 As I sit waiting for the hurricane to come, I decided to take a break from packing and watch a couple of flicks last night. While, I have a bunch to choose from, I decided to finish off the Horror: Do Not Watch Alone set. My first flick was Karen Black in The Pyx from 1973. 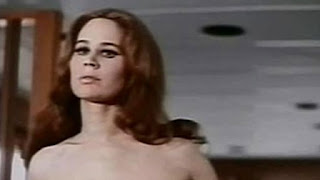 Plot/ A detective investigating the death of a heroin-addicted prostitute uncovers evidence pointing to the existence of a murderous devil cult. 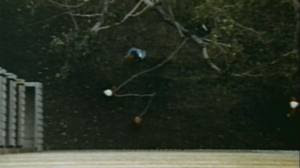 This was a decent combination of detective thriller, horror and occult.  While the storyline was interesting, the atmosphere OK and Black performing amazingly, this flick seemed to just plod along with nothing special jumping out. Yes, some of the scenes are interesting, but knowing what the outcome is from the outset truly takes away from the story. Sure, the other performances are not terrible and the plot is ok, there just really isn’t anything for the flick to hang its hat on and the flashback sequences start to get old. In the end, I would not watch this again. But, if you are like me and buy a lot of the multiple movie packs, you can at least watch it to complete the set. Other than that, I would not waste my time (and this is coming from someone who loves stories of Satanism and the Occult).