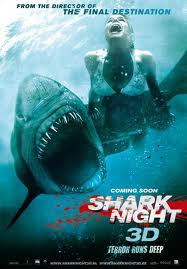 After hanging out and watching Contagion the other night, I decided to watch something very different for my next review. While I picked up a couple of things for my viewing, unfortunately, I had to watch something a little tamer with the daughters around. My selection, Shark Night 3D (it is only PG-13). 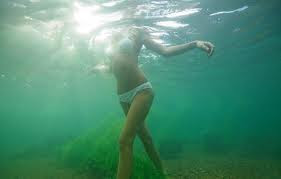 Plot/ A weekend at a lake house in the turns into a nightmare for seven vacationers as they are subjected to shark attacks. 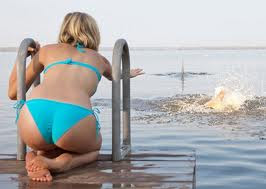 When watching the previews for this one, I got the feeling that I had already watched all of the good moments, and ironically, I was right (glad I waited until it was on DVD to watch it). To start, I was a bit depressed by the PG-13 rating, and after watching it, that disappointment was justified. There was really no blood other than the stuff that colored the water when someone was pulled underneath, no gore to mention and the dialogue was a train wreck. Honestly, this was just like something I would catch on the Sci-Fi channel, complete with the cheesy shark graphics.  There were some good point in this, and in fact, the storyline had some potential and actually a bit of originality. Unfortunately, all of that was lost between the bad effects and numerous flaws in the production. In the end, if you love Sci-Fi Channel originals, you may enjoy this one. If not, stay away. 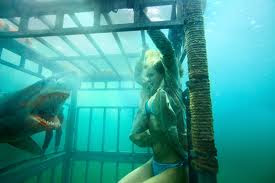