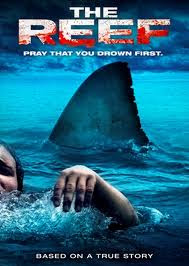 So, January is coming to an end. This has been a big month; starting the new job at PIA, celebrating Genesis’ birthday, and branching out with writing (working with the guys at Steelers101). Now, it is time to finish the month on a high not on the blog. My final review of the month is the shark movie, The Reef from 2010 (based on a true story). 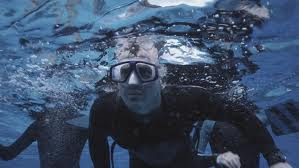 Plot/ A great white shark hunts the crew of a capsized sailboat along the . 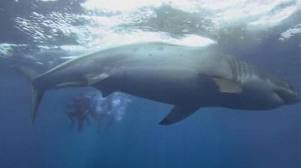 Let me start by saying that this is one of the best shark movies that I have seen. This movie is put together really well, with solid cinematography that creates a realistic feel and a lot of tension throughout. The character development is sound, acting decent and it was refreshing to see a real shark in a movie vice the standard CGI or mechanical beast. Yes, the pacing was slow and the action was spread out, but this film definitely took a different route in creating its foreboding atmosphere.  In the end, this is one of the better animal attack films to come out in some time, and one that is definitely worth watching. 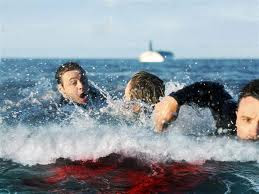