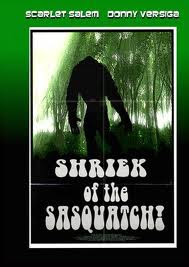 As someone who has researched Cryptozoological mysteries and the paranormal, I will admit that when I see filmmakers take these fringe scientific arenas and make fun of the source materials, I cringe. To me, I can understand the entertainment value, and even why the skeptical society would enjoy such flicks, but that does not mean that they should be taken for anything more than what they are. What is that? They are financial windfalls that prey on the deep-rooted fears of a brainwashed society; the sect that says that fringe sciences cannot exist because they are not in a textbook, or accepted by mainstream society or religion. To that, I say screw that and open your eyes to what surrounds you. That being said, while I do cringe, I do enjoy watching films based on famed creatures and mysteries. One such film is Shriek of the Sasquatch from 2011. 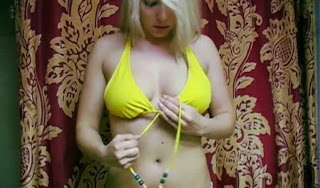 Plot/ Its 1979, Julie and Nick are on a road trip which puts them unwittingly on a collision course with Bigfoot. Will either of them survive to learn the secret of the Sasquatch? 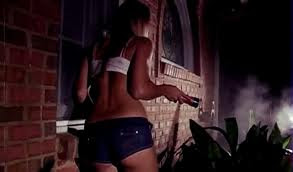 Yes, Bigfoot is often put into a bad light in movies, and this one is no different. As usual on the big screen, the Sasquatch is a bloodthirsty maniac out to destroy everything in its path. Let me start by saying that many will watch this movie, destroy it for every flaw, and not quite understand the genius of what it is. This is a throwback to the 1970s and the cheesy grindhouse drive-in classics that made that decade great. Technically, this flick has many flaws; grainy footage, bad effects, uneven acting, they are all there (which in a typical film review would be total detractors). However, this movie is a blast and they did a great job at presenting an authentic feel for 1970s camp. Honestly, every aspect of the flick, from film quality to the props (down to the pop can), was spot on. In the end, if you like 1970s period schlock entertainment, you will love this one. Yes, this may be a train wreck of a flick, but it is one entertaining train wreck! 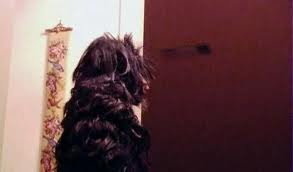