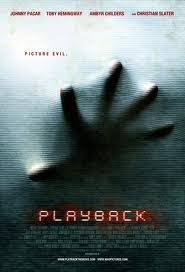 One thing I hate about being caught up in watching a vintage TV series, is that I tend to stay away from movies until I am done with it. Fortunately for me, I have been able to break away from Kolchak just long enough to fit a few movies in. The first one that I watched was the 2012 title Playback. 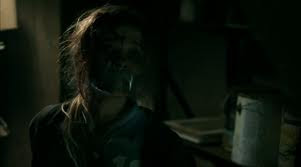 Plot/ When a group of high school students dig into their town's infamous past they unwittingly unlock an Evil that corrupts and destroys them. Possessing its victims through video playback and using them for malevolent purposes, it closes in on one specific soul, threatening to expose the town's deepest, darkest secret. 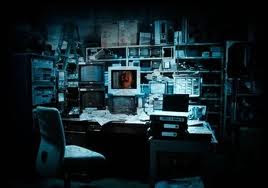 Any time I randomly grab something at Family Video, I have no idea what to expect. For me, the is was not a great choice, but it did have just enough to keep me interested. In fact, there was some things that definitely stood out, like the gore, nudity and a non-linear storyline that was well paced. Yes, some of it went unanswered and left some questions, but that is OK in my book. Sure, some of the acting was uneven (some creepy) and the characterization was a bit off, but I always expect flaw in films I had never heard of.  In the end, this was nothing special and is destined to be forgotten. I would not buy this one, but if you catch it onDemand or on Netflix, there are worse choices out there. 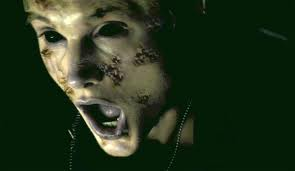