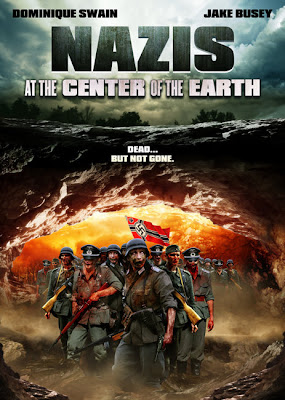 With the weekend coming to an end and me starting my first vacation from the institute, I wanted to get into the proper mindset. With that, I definitely wanted to find something mindless, as I may need it to help pass some time. Ironically, there are companies out there like The Asylum, which make those flicks all the time. My selection for last night was the 2012 cheesefest Nazis at the Center of the Earth. 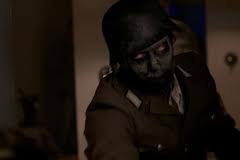 Plot/ Researchers in are abducted by a team of masked storm troopers. They are dragged deep underground to a hidden continent in the center of the earth. Here Nazi survivors, their bodies a horrifying patchwork of decaying and regenerated flesh, are planning for the revival of the Third Reich. 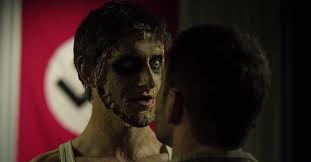 First off, anyone expecting a masterpiece should stay far away from this one. This may be one of the most ridiculous flicks put out by The Asylum, in fact, the plot was so utterly ridiculous that I was on the floor when the homage to the movie They Saved Hitler’s Brain popped up. Almost everything about this was wrong for a serious attempt at horror, but what they created was a hilarious and somewhat gory cheesefest that is rather entertaining in a mindless way. Sure, the acting was uneven and the scripting worse, but somehow it worked in a crazy way. If you want a good movie, stay away. If you want a mindless horror comedy, it is not a bad flick to waste some time with. 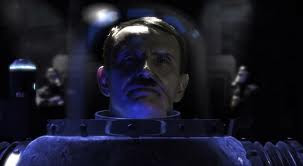