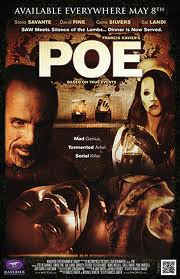 While I love no-budget indie flicks, some just make it so difficult to watch. While I know they work under extremely strict confines of funding, there are some parts of a film that should be there regardless of budget. Unfortunately, this is not always the case. One such film is my next review, 2012s Poe. 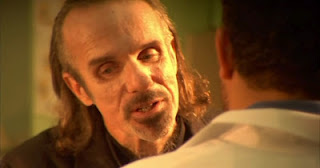 Plot/ Brilliant and wealthy Dr. Andrew Casey is a serial killer who goes by the name 'The Chef'. One night eleven years ago his wife found out. He was arrested and imprisoned at Marathon County Asylum for the criminally insane. Eleven years pass and he is released, completely rehabilitated and moves to under the alias Mr. Jack Conway. Yuppie and former teacher, Johnathon Poe, a descendant of the famed writer Edgar Allan Poe and a brilliant writer in his own right is about to form a bond with the chef as the great doctor begins his spree of killings and cannibalism again. 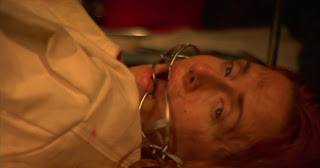 This is the epitome of no-budget indie flick. There is so much wrong with this one that it may take me a while to get to it, but for something that had to be filmed for something below a shoestring budget, it did keep my interest longer than some. Of course, this one suffers from the typical sound, picture and scripting flaws that plague these flicks. In fact, the whole premise is a bit out there, but more than anything, much of the poor acting is what makes this one fall flat. Sure, the characterization and storyline does not help the acting much, but there was a lot of room for improvement. In the end, while this one had some interesting moments, it was extremely hard to watch and I could not do it again. 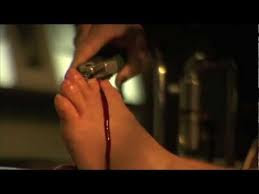