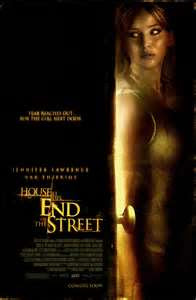 What a night, I could suffer through the State of the Union Address with President Obama and his socialistic Agenda 21 views and lies or I could watch a movie. I decided upon the movie, as nothing could be worse than poor reality television based in Washington DC. My selection for the evening was the 2012 thriller, House at the End of the Street. 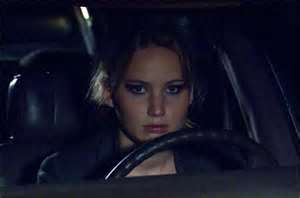 Plot/ A mother and daughter move to a new town and find themselves living next door to a house where a young girl murdered her parents. When the daughter befriends the surviving son, she learns the story is far from over.

I had been ignoring this one for some time, but my daughter picked this flick for me, so I had to watch it. What I found is exactly what I expected, a cliché filled thriller that was extremely blah. I even watched the unrated version; I could not imagine what a watered down version would be like. The plot was OK and the acting was decent, but that could do nothing for the flat characterization, the lack of suspense, and almost no atmosphere. In the end, this one really did nothing for me. Stay away! 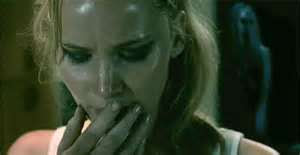