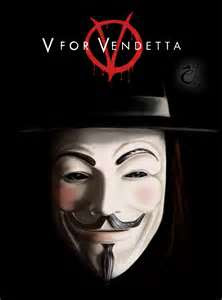 I decided last weekend that it was time for a small vacation from blogging. It seemed as though everything I had been watching had started to run together in my mind. When you couple that with trying to buckle down to finish the scripting for my Operation Paul Revere short, I just needed the break. That being said, it was time to jump back in. My evening selection is the 2005 action classic V for Vendetta. 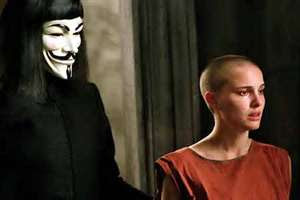 Plot/ A shadowy freedom fighter known only as "V" uses terrorist tactics to fight against his totalitarian society. Upon rescuing a girl from the secret police, he also finds his best chance at having an ally. 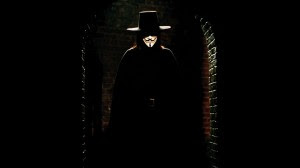 Let me start by saying that watching this today was even better than the first time I watched it. Honestly, there were some elements that seemed more important in the social construct today than years before. Maybe is was the sense of liberty, or maybe the lawless totalitarian oppressive nature of society. This was one of the best action films I have seen, as it had a tremendous script to match the rather intelligent and political storyline. The acting is solid and combined with the tremendous visuals and action, this is a movie that must be watched and enjoyed. In the end, this is a movie that will stand the test of time as a true piece of action history. If you have not seen it, what are you waiting for! 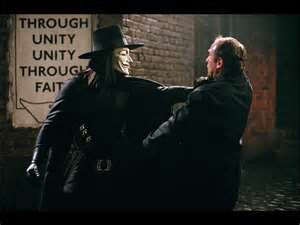