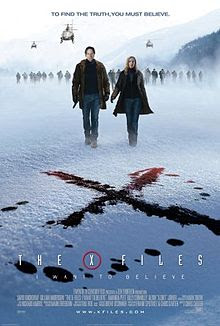 Having children, it is hard for them to sometimes pick-up the television references I occasionally throw out there, especially if it comes from one of my favorite shows. That is why, I always try to get them to watch those shows. One of my favorites was the great Fox series the X-Files. While watching the series has been difficult for them, I decided to go a different route, to the 2008 movie X-Files: I Want to Believe. 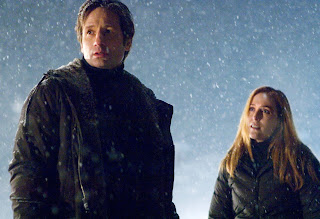 Plot/ Mulder and Scully are called back to duty by the FBI when a former priest claims to be receiving psychic visions pertaining to a kidnapped agent. 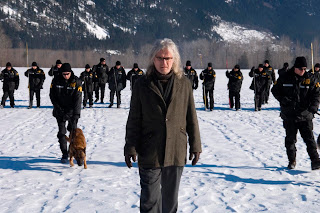 When I first watched this flick when it came out, I was a bit disappointed. However, now five-years later, I find it an extremely entertaining and thought provoking film. Not only do they touch on some very deep and dark subject matters, they did a great job at expanding the X-Files mythos. Yes, there are things that could have been done differently, but this movie kept the characters at the heart and used the mysterious elements as a backdrop. The acting is solid, the scripting decent, and the idea is sound. Sure, the storyline could have been tighter, some of the side characters expanded, but the real flaw is the lack of a true back storyline. Yes, fans will know the X-Files series, but this was well removed and some may have this as an initial introduction.  In the end, this was a entertaining movie and one that is much better today than when released. Give it a chance.