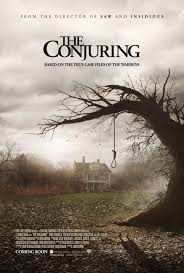 After a fun first-week back teaching after my two-week break, I started my weekend by going to the drive-in. There is nothing better than to experience a horror or Sci-Fi flick outside in elements, where the wind through the trees, the moonlight, the fireflies, all ad something to the atmosphere. This double feature was awesome, which makes it even better. The first flick on the docket, the classic supernatural true story, The Conjuring. 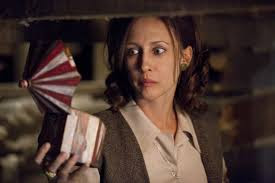 Plot/ Paranormal investigators Ed and Lorraine Warren work to help a family terrorized by a dark presence in their farmhouse. Forced to confront a powerful entity, the find themselves caught in the most terrifying case of their lives. 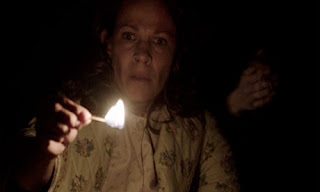 I rarely tell people to run out and see a movie in the theater, but that is exactly what I am going to do with this one. Go see it! I was lucky enough to have some added atmosphere by seeing it in the drive-in, but this film did not need it. The storyline is awesome, the realism incredible and the solid cast works perfectly and keeps you drawn in throughout the movie. More importantly, cinematography creates an eerie atmosphere, which adds to the fact that this is based on a true story, and legendary paranormal investigators Ed and Lorraine Warren sit at the heart of this film, making the scares even more alive and realistic. There are some uneven moments, but those are rare. In the end, this may be the best paranormal themed movie to hit the screen in some time and will likely have the same effect on viewers today as The Shining had on me when I saw it at the drive-in so many years ago. Check it out! 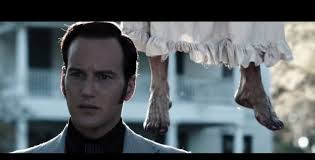