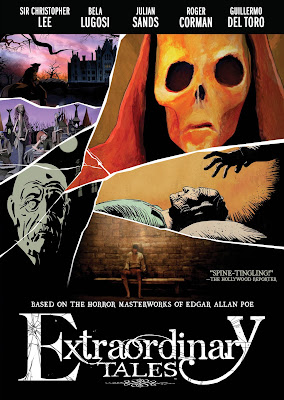 Having watched Crimson Peak last night, I needed something else to help me focus on my final script project for my film writing class. After some debate with the voices in my head, I decided to venture into the mind of Edgar Allan Poe with the 2013 animated adaption Extraordinary Tales. 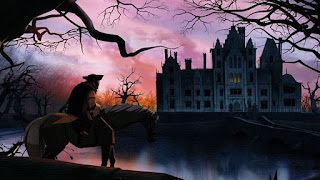 Plot/ The film is an animation-accompanied narration of some excerpts of some of the short stories written by Edgar Allan Poe. The movie contains: The Fall of the House of Usher, The Tell Tale Heart, The Facts In the Case Of M. Valdemar, The Pit and The Pendulum, and The Masque of the Red Death. 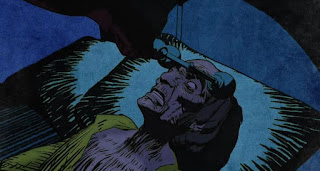 If you have read this blog, you should already know how I feel about Edgar Allen Poe. Not only was he a genius who set the stage for modern American horror, his influence on both the cinematic and literary community may never truly be matched. Unfortunately, some of his popularity has waned in recent years, as the rise of technology has reduced the amount of kids interested in the classics. While this may not be a perfect adaptation, it is an interesting journey into the mind of the master and some of his epic tales. Complete with a diverse animation backdrop, the segments range from great (The Pit & The Pendulum) to the uneven (The Tell-Tale Heart). Of course, the opinions will vary because of the different styles used. What made this even more intriguing is the group of actors used to bring it to life. Legends such as Roger Corman, Sir Christopher Lee, and Bela Lugosi, were joined by Julian Sands and Guillermo del Toro to create a movie that could easily serve as an introduction to Poe for a new generation of fans. In the end, this one will not be for everyone, but it is an entertaining journey into the macabre visions of a literary genius. 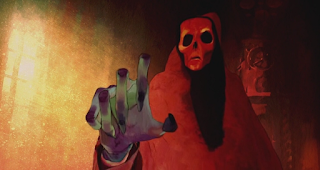