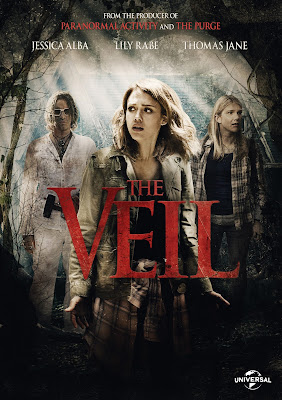 Since the cold and snow outside led to the cancellation of bating practice for the Nightmares tonight, I was able to kick back and enjoy some early evening horror. After searching the Netflix, I decided to watch the 2016 cult driven entry The Veil. 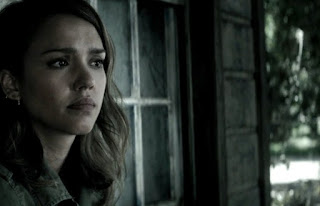 Plot/ Twenty-five years after members of a religious cult committed mass suicide, the lone survivor returns to the scene of the tragedy with a documentary crew in tow. 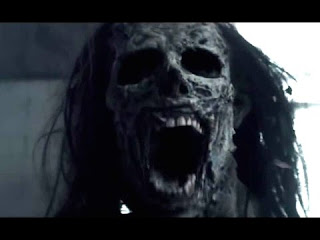 When I sat down to watch this one, I expected it to be full of many of the clichéd moments that usually rise in cult based movies. While there were some clichéd aspects and the flick was somewhat predictable, there were also a few positives that I did not expect. This is an extremely atmospheric movie that has heavy and dark moments, with an interesting storyline, and a solid cast. Yes, there were some uneven performances, it was predictable, and some of the scientific aspects mentioned in the script felt out of place, but that did not truly bring the movie down. In the end, this was entertaining, and should definitely appeal to anyone fascinated by the cult culture. Not for everyone, but if you enjoy dark, cult driven movies, give it a shot.