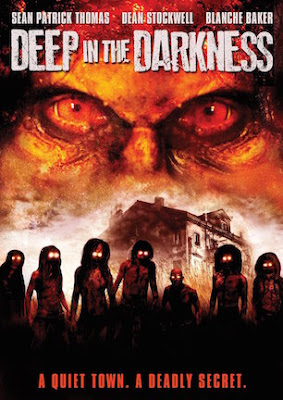 After spending the afternoon watching my talented daughter Genesis perform at the West Virginia University high school honors band performance, I decided to sit back and watch some mindless creature feature as I dissected my homework assignments for the weekend. My next selection was the 2014 Chiller Films entry Deep in the Darkness. 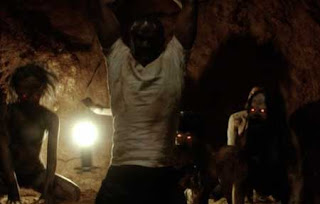 Plot/ A doctor and his family move to a quiet, small town. Soon he discovers the town's dark secret: A terrifying race of controlling creatures that live in the darkness in the forest behind their home. 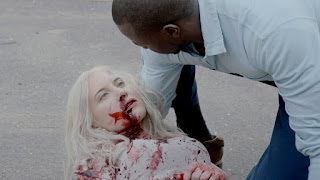 Sometimes you find movies that just keep popping up, and that was the case with this one. What I found was something I did not expect. A lowered budget creature feature, this movie did have some positive moments with some decent performances, some common sense, and a decent concept within a weird atmospheric premise. Unfortunately, it was also somewhat predictable, the creatures unveiled early, and it felt like it ran a touch long. In the end, this one came off better than I originally expected and did have a few entertaining moments. While it is not the best in the genre, it is also better than most low budget creature features that have overtaken the genre. Give it a shot; you could do worse. 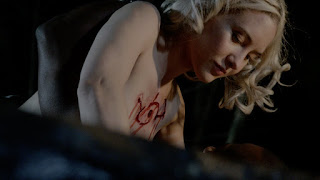