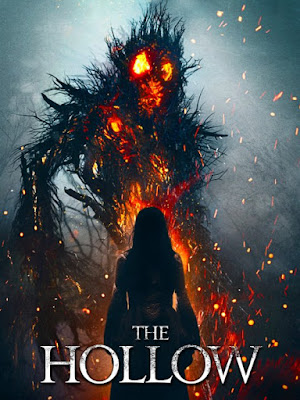 After enjoying The Veil last night, I decided that I wanted to venture toward something different. After some thought and intrigue, I decided on the other movie The Hollow, this one from 2015. 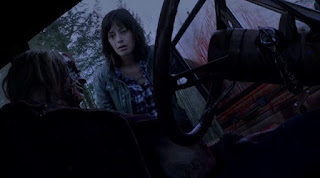 Plot/ It's Halloween eve on Shelter Island, and the small town is preparing for a killer storm. But the dark clouds gathering over the island are bringing with them a curse one hundred years in waiting. As the woods give birth to an ungodly and insatiable creature of fire, bones, and earth, three sisters must scramble to stay alive through the long dark night of the hollow. 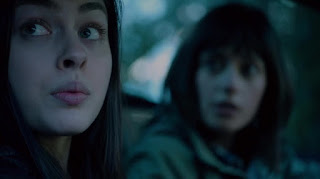 While I had no expectations for this one, it was still difficult to watch and did not bring anything but cliché to the screen. Between the uneven acting, a riddled storyline that was both incoherent and unbelievable, and predictable and cheesy CGI effects, this movie really did nothing to make it feel redeeming. In fact, it was one of the first movies in some time that I just wanted to turn off and go to sleep. In the end, I cannot in any way recommend this movie to horror fans. Unless you are a giant fan of SyFy Channel creature features and have a bucket list to watch all of them, stay away! 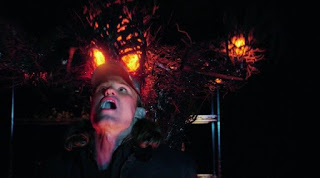