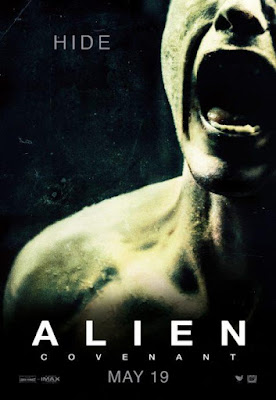 I decided to take a couple days away from the blog to relax and to spend some time helping out a good cause by entering the dunk tank dressed as my favorite character Bert the Bird. That did not stop me from watching a couple movies. The first one that I am going to review from that group is the 2017 sci-fi entry Alien: Covenant.

Plot/ The crew of a colony ship, bound for a remote planet, discover an uncharted paradise with a threat beyond their imagination and must attempt a harrowing escape. 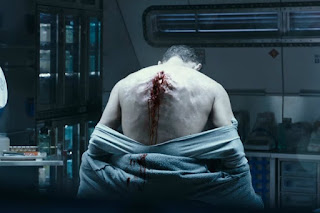 I have always been a fan of the Alien universe and was looking forward to this installment. Unfortunately, for me, this one did not leave me wanting more as it felt extremely forced and less organic than some of the earlier films that made the franchise great. While it was not terrible, it just lacked the dark and foreboding atmosphere that saturated the earlier entries. Plus, the characters left nothing to be desired and were flat and predictable throughout. Even the Xenomorph and the effects lacked the feel and intensity of the source materials and the ending was expected. The cinematography and scenery worked, the performances were not terrible, and there was potential within the storyline to create something interesting, this one just missed the mark. Overall, it just did not hit home like the originals. In the end, I really wanted to like this film, but I couldn’t. Sure, it was not completely terrible or the worst sci-fi flick out there, but it just did not resonate in the same way that the original Alien films did. 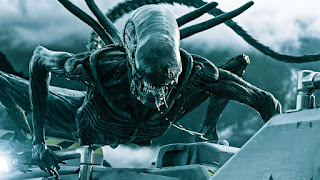