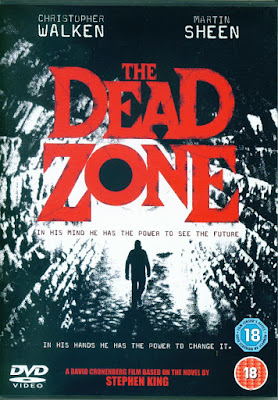 After last night, I wanted to watch something that was both older and entertaining. After some searching on my streaming services, I decided on the 1983 thriller The Dead Zone. 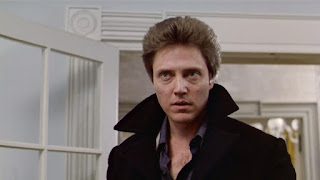 Plot/ Johnny Smith wakes from a coma due to a car accident, only to find he has lost five years of his life, and yet gained psychic powers. Foreseeing the future appears to be a gift at first, but ends up causing problems. 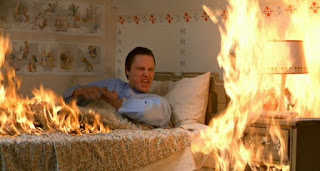 This movie often is overlooked when talking about David Cronenberg and his resume. Yet, this one may be one of his best films, albeit one that is nowhere close to being as graphic of some of his other films. Based on the novel by Stephen King, this one is definitely more of a thriller than straight horror film and it sits near the top of the King adaptations. Incredibly, this film holds up rather well considering its age and is a flick that is both atmospheric and enlightening. The performances are solid with Christopher Walken not only embracing his role, but also carrying the sadness of the part perfectly to add to the atmosphere. The entire cast works, the cinematography is outstanding, the soundtrack adds depth to the film, and the storyline is well constructed. Yes, there are some costuming elements that feel dated and the pacing is a touch slow, but for a thriller, neither of those do anything to damage the feel of the movie. In the end, I am not usually a fan of King adaptations, but this is a story that I loved when I read it, I loved the first time I saw the movie, and I still enjoy today. Plus, with it on Prime, it is a great movie to catch for free and feel a sense of dread. 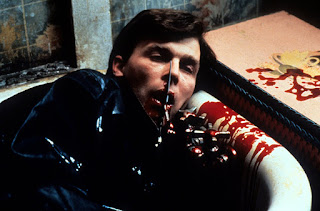