NDAA - You Are The Resistance - Operation Paul Revere 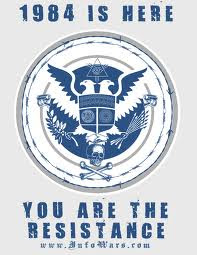 For many, the recent governmental events of deceit and an apparent power grab into the liberties that have made our country great have started to grate at them. Our founding fathers created one of the greatest pieces of legislation known to man, founding principles that defined who we are as a society as the greatest nation on the planet. Our Constitution, complete with our inherent rights as citizens, applied the groundwork necessary to flourish against all who tread in our path.

Today, our Constitution is under attack from many directions. Globalist banks set on creating a New World Order and Global Government are attempting to hijack our great nation. You do not have to believe me, the evidence is everywhere. Government agencies devaluing the dollar using illegal derivatives in conjunction with megabanks, vaccines being forced upon our children containing formaldehyde, mercury and other toxins, and unconstitutional laws such as NDAA allow indefinite detention without trial and the use of propaganda against citizens.

Some may say I am a conspiracy theorist, yet, I consider myself a conspiracy realist. I do not want to see a conspiracy, I do not want to look around every corner for answers, but I am drawn to it. It is something I have to do, especially now that the mainstream media has become the State Run Media controlled by the government and aided by the propaganda act contained in the NDAA.

What exactly is the NDAA or National Defense AuthorizationAct of 2013? Here is a link, read for yourself. Here are some highlights as it pertains to this legislation: you may be arrested and indefinitely detained if the president merely alleges you are a threat or terrorist. You no longer have the right to legal representation (and are not entitled to a phone call, to an attorney or family member). You can be held for life without being convicted of a crime. Incredibly, an amendment that would have explicitly forbidden indefinite detention was rejected. You no longer have the right to a trial by jury of your peers and you can be executed without being convicted of a crime

Oh and what makes you a terrorist, anything such as speaking out against the government, being active online to show extreme views, you love liberty or the Constitution, or you exhibit unusual actions that catch the attention of others. Honestly, it is anything that the globalists want to create against you. This is truly Orwells’ 1984 on steroids and an ever-growing Police State.

The great thing is, we can stop this tyranny by exposing the tyrants and their atrocities against both citizens and the Constitution. Do this on social media (facebook and twitter), film everything and use YouTube, use blogs to push the real news that the State Run Media will not cover. If you love freedom and liberty, we have to work together to make this happen. One such event is Operation Paul Revere being run by Alex Jones and the Infowars Network. This $100,000 pro liberty film contest will bring us all together and help defeat tyranny.
Alex Jones Conspiracy global warming Government government cover-up Mind Control NDAA New World Order NWO Operation Paul Revere Short Film Terrorism vaccine weather manipulation 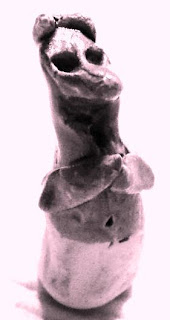 Charleston, SC. is one of the most haunted cities in the United States and their citizens are extremely proud of it. On almost every corner you can see advertisements for a haunted tour of some of their most famous haunts, they have it all, haunted cemeteries, haunted gardens, jails and islands. These haunted establishments and locations also sit in the middle of one of the most historic locations in the world. A quick walk through the cobblestone streets can fill even the least interested person full of thoughts and questions when you consider you are walking in the footsteps of our famous ancestors such as George Washington and Thomas Jefferson. There is also a darker side to the history of this beautiful city. Pirates such as Blackbeard (Edward Teach) and Stede Bonnet all spent large portions of their lives in this area. It is this darker side of Charleston that seems to come to life. When cities are rich with paranormal activity, many superstitions seem to arise and Charleston…
Read more