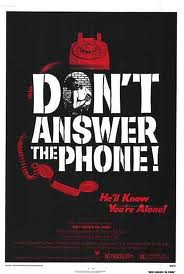 While the sleet and snow fell today and I was waiting to firm up plans for dinner with my family who have travelled in for the retirement ceremony, I sat down to continue on with the Pure Terror Collection. My selection for the early afternoon was the 1980 horror / thriller Don’t Answer The Phone. 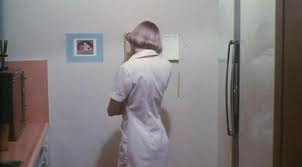 Plot/ A deeply disturbed photographer and veteran terrorizes by going around strangling lingerie-clad young women in their homes. How long until the police finally catch-up up with this psychopath?

So far in this set, there has been some good and some bad, but you actually sort of expect that. Unfortunately, some of the bad is so terrible that I see now why I had never seen it before. This is one of those cases, complete with the signature bad acting, laughable dialogue, terrible soundtrack and a simple yet unrefined plot that makes little to no sense. Hell, even the costuming is bad (even for the 1980s). Really, there is not much worth talking about with this one  (except that there is some random nudity), unless it was truly written as a comedy (which I doubt). In the end, stay away from this one (unless you just love a cheesefest), sure it has a great title, but that is about where the greatness (and any good parts) end! 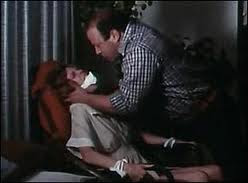