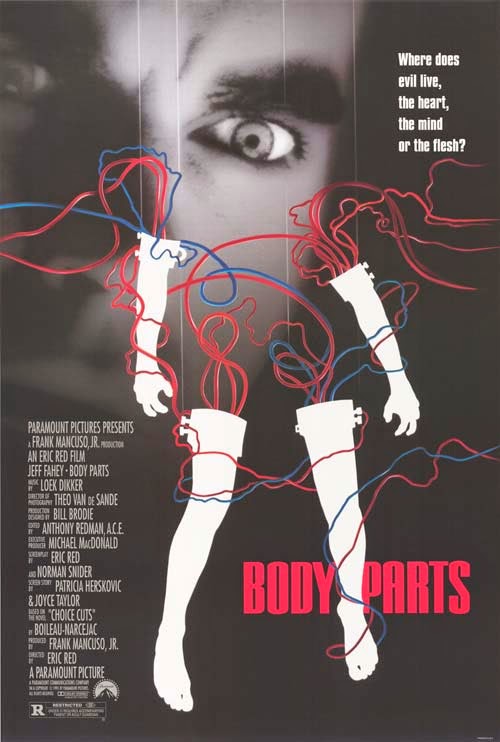 After a long day of crazy weather prevented me from finishing what I had planned, it was definitely time to relax to a movie. Having finished my homework, I decided to see what was available on one of the movie channels I pay for. In the end, I decided on the 1991 thriller Body Parts.

Plot/ After losing his arm in a car accident, a criminal psychologist has it replaced with a limb that belonged to a serial killer.

It had been a long time since I saw this one and I could tell last night that age was not kind to this one. Originally, it did not have quite the B-Movie feel that it has today, but after two decades that is likely to happen to many films in the genre. The acting is uneven, the story somewhat cliché and the pacing is unbalanced. Yes, there is some gore in the final parts that at least make it fun, but that is about it. In the end, this does have some entertaining and interesting moments, but nothing truly original. If you love movies from the 1990s, give it a shot; it is not great, but not terrible either.