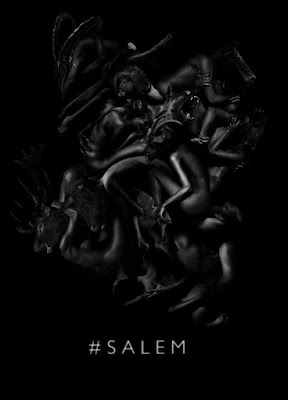 With this being eight days into NaNoWriMo, I am spending time breaking down my own characters in my book. While my project is supernatural in nature, it is not a straight supernatural entry. With that in mind, I decided to binge watch the final season of Salem over the past couple days. 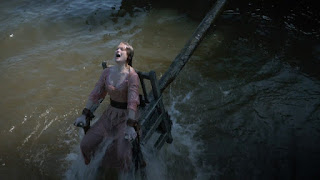 Plot/ The witches’ plan to remake the New World by bringing the Devil to earth and making Salem his capital, but the Devil is a liar, and instead of a New World free from murderous Puritan hypocrisy, his own plan will bring nothing but death and slavery with the ultimate aim of leading humanity to destroy itself. And there’s only one person on earth who can beat the devil — the very witch that birthed him, his mother, Mary Sibley — the only problem is she’s dead. Or is she? 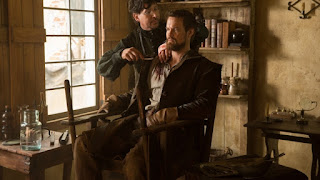 In some ways, I am upset that I finished watching Salem and really think that I may have to break down and purchase it. In many ways, Season Three takes the series to an entirely different arena featuring an insane storyline the delved in many different and darker directions. In fact, the writers seemed to embrace ever taboo that was thought of and decided to bring them to life on the screen. In many ways, this season came across as a modern, almost more action-packed version of something that would have been perfected by Argento or Bava during their artistic peak. The cinematography, performances, practical special effects, and storyline are amazing, and the character development is brought to life perfectly by the cast (Marilyn Manson was crazy) and honestly, it was a shame to see the series end. Yes, there are still some dialog issues that felt out of place and too modern for the period and there were a few disjointed moments that felt out of place, but those issues are extremely minor and did not impact the overall feel of the series in any way. In the end, this was a series that left the air too soon and one that should be seen (especially now that it is available on the different streaming services). If you have finished Stranger Things and are in the mood for a darker more adult period piece, give this series a shot. You may be like me and become a huge fan. 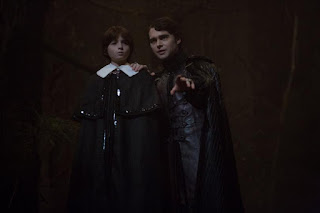