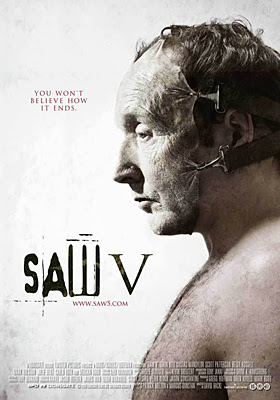 Last night I took a break from the computer to go watch Jolene in her advanced theater production of The Elevator Family. With that now over, I figured it was time to get back to my trip into the mind of Jigsaw with Saw V from 2008. 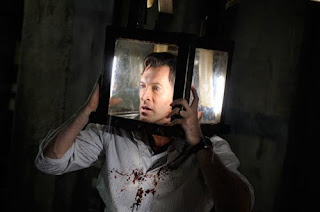 Plot/ Following Jigsaw's grisly demise, Mark Hoffman is commended as a hero, but Agent Strahm is suspicious and delves into Hoffman's past. Meanwhile, another group is put through a series of gruesome tests. 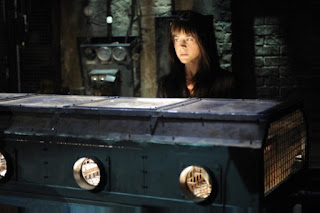 It is funny how much things change, as you grow older, and this movie kind of fits in with that ideology. Up until re-watching the Saw franchise last week, I held this entry in higher regard, but now I have a completely different viewpoint. For me, this one lacked the tremendous plot twist and tension that made the other earlier installments memorable, and most of all not having Jigsaw as a true primary character on screen was quite depressing. While the idea was solid and the storyline had potential to deliver something amazing, this was the first time in the series that everything felt rushed. Sure, the effects were decent, the traps intriguing, and there was enough blood, but even those elements could not make up for the lack of the Jigsaw. On top of that, the performances were uneven and the atmosphere was rather flat. In the end, this entry had a chance to build upon the solid foundation that was left by the earlier entries but failed to hit the mark. More of a thriller than true horror film, this one did not deliver and was rather predictable. If you haven’t seen it, you aren’t missing much. 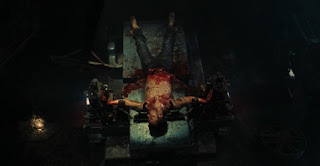