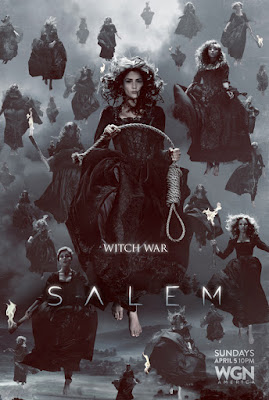 For some reason, I have been trapped in a Saw mood lately and while I could continue with a review of Saw V, I decided that I needed to go a different direction tonight and catch up on something I should have written about a few days ago. The next review is for Salem Season Two from 2015. 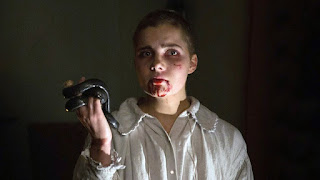 Plot/ the consequences of the Grand Rite are apparent: Salem is afflicted by a terrible plague and a witch war is on the horizon. Mary is reunited with her son; trying to seize power, Mercy kills the Elders, effectively starting an open fight with the remaining witches; Anne is learning about her powers while keeping them secret; John's fate is revealed; Cotton deals with his failures and his father's death. But Salem's biggest threat comes in the form of the Countess an original witch that is trying to raise the devil. It's soon revealed that the Dark Lord himself possesses Mary’s son, and this starts a full-scale witch war that could destroy the town—and the entire world. 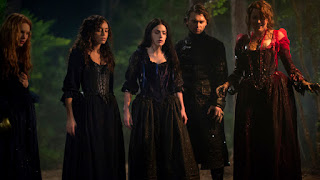 After thoroughly enjoying season one of Salem, it was a no-brainer to dive back into it during the month of October with season 2. What I found when venturing into this is something that pushed the limits even further than it did during the first season. While this fictional tale was interesting and at times somewhat over-the-top, the quality and depth of the storyline made it interesting and the subject matter was perfect for viewers like me that love dark and violent period pieces that are loosely connected to real events. This one definitely continued with the action, the torture, the blood, and the explicit sexual tension that made the first installments adult friendly. In this case, the added details to the storyline with the Grand Rite and the Dark Lord may turn some viewers off, but for me, this was the perfect step that the series should take. As in season one, the characters are interesting and the cast is solid, the cinematography and effects are tremendous, and the action and atmosphere do a great job working in tandem to create an entertaining show. Unfortunately, the series is still littered with historical inaccuracies and the performances are still a touch uneven, and the dialog isn’t where it should be for a period piece. Fortunately, these flaws are easily overlooked and do little to bring the series down. In the end, while this one may not be on the top of the list for some people, it is an entertaining and dark journey into a different time and a series that talks about some subjects that should be talked about. In many ways, the social commentary sprinkled into the storyline speaks volumes about where we are in society today, and that alone makes it a must-see. 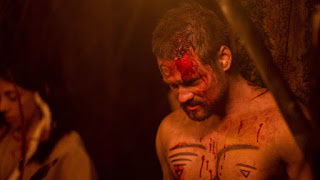