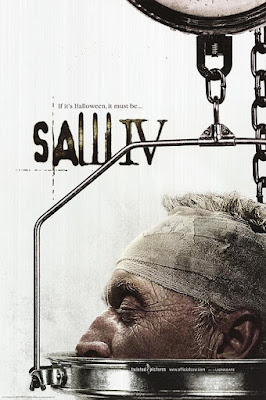 I was rather shocked when I discovered that I had never reviewed the entire Saw franchise, as it is one of my favorite series to watch. Of course, that also gave me an excuse to re-watch them for review purposes. Next up for review is 2007s Saw IV. 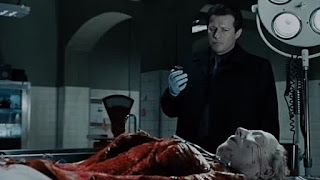 Plot/ Despite Jigsaw's death, and in order to save the lives of two of his colleagues, Lieutenant Rigg is forced to take part in a new game, which promises to test him to the limit. 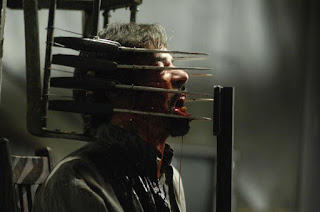 I remember wondering after watching Saw III how the series would continue and went into this one with some trepidation. What I found when watching this one was a layered and complex storyline that took the Jigsaw storyline to a new level and darker depths. As a fan of the series, the twist that the end was perfect, and was something that seemed to almost transport us back to the original ending. The storyline is interesting especially as they dove back into Jigsaw’s history and take you through his journey, the special effects and traps are awesome, and the performances are solid. However, it is the way they overlapped time and stories that really made this one stand out for me. Yes, there are some moments where things seem too coincidental or random and there are a few times, where it almost feels predictable, but those are only minor flaws in the overall production and don’t really impact the quality of the film. In the end, while it did lack some suspense, it made up for that with a quality storyline that is extremely memorable. This is definitely one of my favorites in the series and an entry that must be seen. 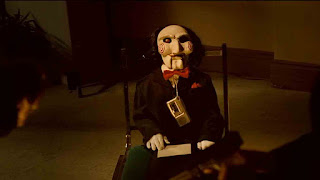