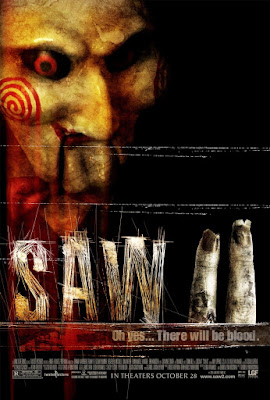 After spending last night at the Edgar Allan Poe reenactment, I decided that I wanted some violent horror for my Halloween night. Thinking back over the past month, I couldn’t believe that I had never reviewed half of the Saw franchise and figured that I would start that undertaking by revisiting Saw 2 from 2005. 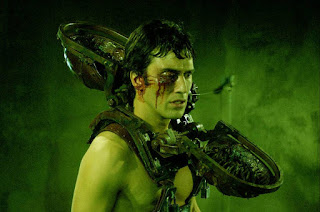 Plot/ A detective and his team must rescue eight people trapped in a factory by the twisted serial killer known as Jigsaw. 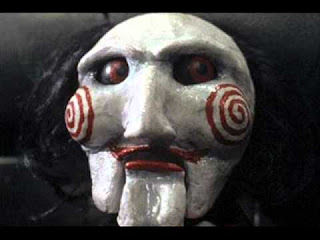 The original Saw was one of the best horror/thrillers I had seen. It was atmospheric, dark, and the storyline was tremendous. Creating a sequel to a movie such as that is almost an impossible task. Yet, now after revisiting Saw 2, it is clear that Darren Lynn Bousman did just that with a tightly woven storyline that differs from the original but captures the essence of the classic perfectly. I remember when this one first came out and the clear differences between the two made it an uneven watch for me. However, today, that feeling is completely different. The change with having multiple players in Jigsaws game was the perfect step for the franchise and added layers to the legend of Jigsaw that would pay many dividends throughout the rest of the series. The cast is tremendous, the performances are solid, the dialog, scripting, and storyline were fantastic (the twists made it even more worthwhile), and the gore, traps, and special effects were amazing. Sure, the pit of needles was blah (and honestly still a letdown) and some of the arguments and decisions made by the participants were annoying, but those are only minor flaws. In the end, I am glad that I decided to revisit this one tonight on Halloween; it was so much better than I remembered and a movie that fans like me could have easily overlooked as it was sandwiched between the two best movies made in the franchise (and possibly the genre). If you haven’t seen it or revisited it in a while, I think you should. This is an outstanding movie and one that is perfect for the Halloween season. 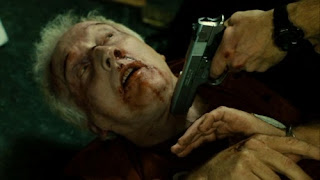