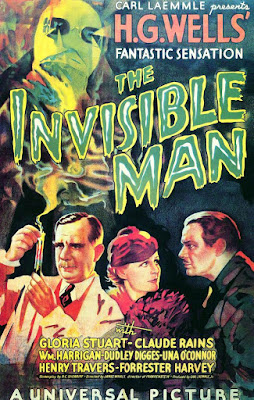 With Halloween being right around the corner, it is fun to sit back and enjoy the classics from Universal Studios. Last night it was The Mummy, and tonight, I followed that one with the classic The Invisible Man from 1933. 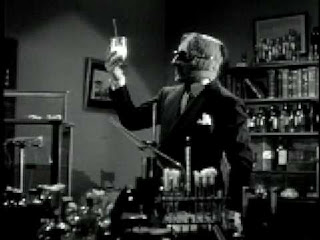 Plot/ A scientist finds a way of becoming invisible, but in doing so, he becomes murderously insane. 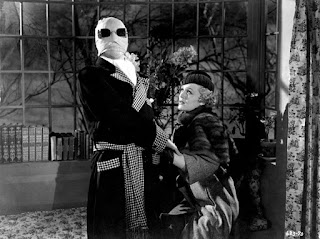 Being in a classics mood, this adaptation of the H.G. Wells sci-fi classic may be one of the best movies of the golden era of the Universal Monsters. Complete with some of the best special effects of all time, this movie boasts tremendous creativity, cinematography, and technical aspects. The performances, especially Claude Rains, are outstanding, the storyline is interesting, and as I mentioned already the effects are tremendous especially considering that this movie was shot decades before the first computer was ever thought of. Yes, it does lack the scenery that made the other Universal Monster movies so memorable and the overall story lacks the layered depths of the other films from the studio, but those elements do not hurt the movie in any way. In the end, like the other classic monster movies of the early 1930s, this movie is a must see. Sure, it often overlooked in comparison to the other timeless entries from Universal Studios, but from a cinematic and technical perspective, it should sit near the top of the chart and it remains one of the most memorable sci-fi films ever made. Go to Shudder and check it out. 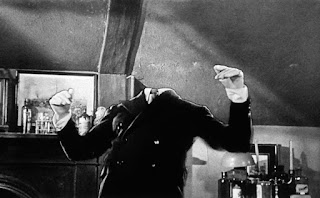