A Night with Edgar Allan Poe 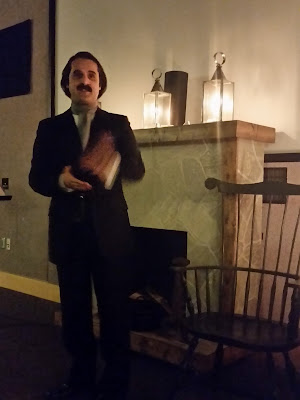 With tomorrow being Halloween, it was nice to see the rain from the weekend clear and allow us to get out. Not knowing what tomorrow will hold, i was able to get tickets to see to something different: ANight with Edgar Allan Poe.

Tonight I had a chance to sit back and watch a tremendous performance by literary historian Rob Velella. During this hour and a half show at Fort Necessity Nation Battlefield, he was able to channel his energy and take us into the life and words of Edgar Allan Poe with a combination of well-known and lesser-known works including Shadow A Parable, The Oblong Box and of course, The Raven. 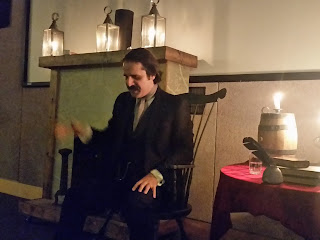 This special evening program was held at the Visitor Center at Fort Necessity National Battlefield and the amazing performance drew a packed house. For me, as a huge Poe fan it was nice to see such such a diverse group on hand to learn about the works of one of the greatest authors of all time. Especially in a performance that was both entertaining and informative.

Velella, who is an independent literary historian and playwright specializing in American literature of the 19th century, created the perfect character and seemed to flow through the material effortlessly. I would highly recommend checking out a performance if you get a chance. 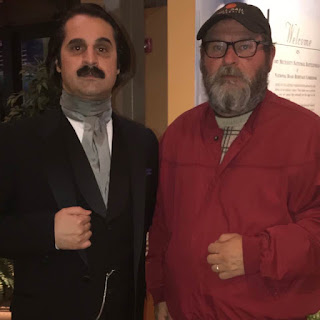