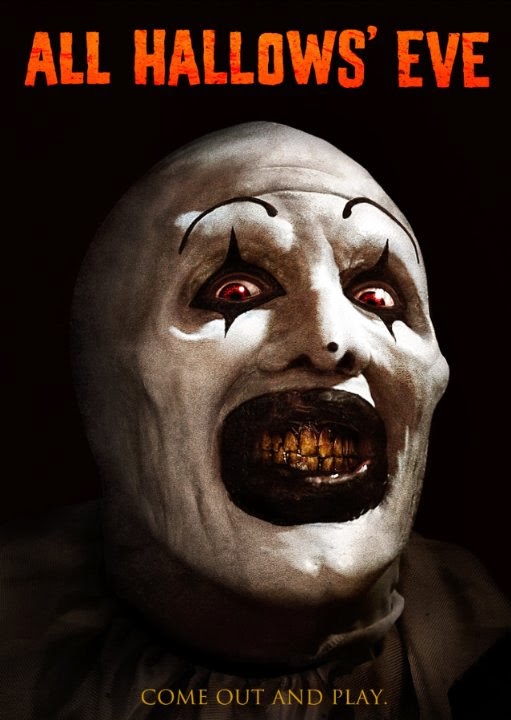 I was on the fence with what horror genre to dive into tonight. I could have dove into some zombie stuff, possibly a supernatural flick, or even something with an Ouija Board. However, after some thought, I decided to venture into some murder and ritual with an evil clown. Or, the 2013 anthology All Hallows' Eve. 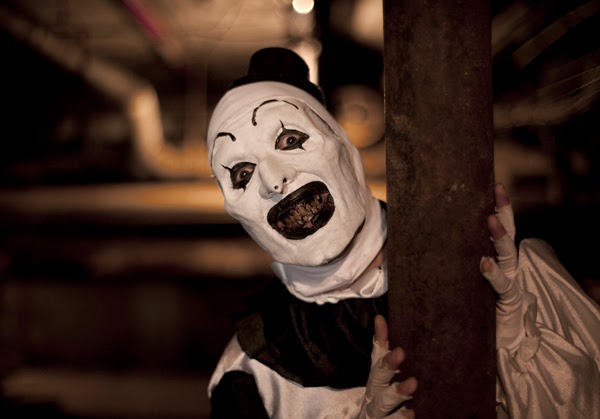 Plot/ While watching two children on Halloween night, a babysitter finds an old VHS tape in the kids' trick or treat bag. The tape features three tales of terror, all linked together by a murderous clown. As the night goes on strange things begin to occur in the house. It isn't long before the babysitter learns the horrifying truth... the maniacal clown is slowly working his way into her reality.

Let me start by stating that this flick was nothing like I expected, and in a good way. The three short anthology with an evil clown wrap-around was definitely low budget, but it was extremely entertaining. The storyline was cliche but interesting, there is some decent atmosphere and the effects are more than you would expect from a low budget movie. Yes, the acting was not great, the stories were uneven, and there were some pacing issues driven by too much dialogue, but that does not bring this one down. In the end, this low budget flick is definitely worth watching, especially if you love evil clowns. Not for everyone, but there is enough blood to go around. 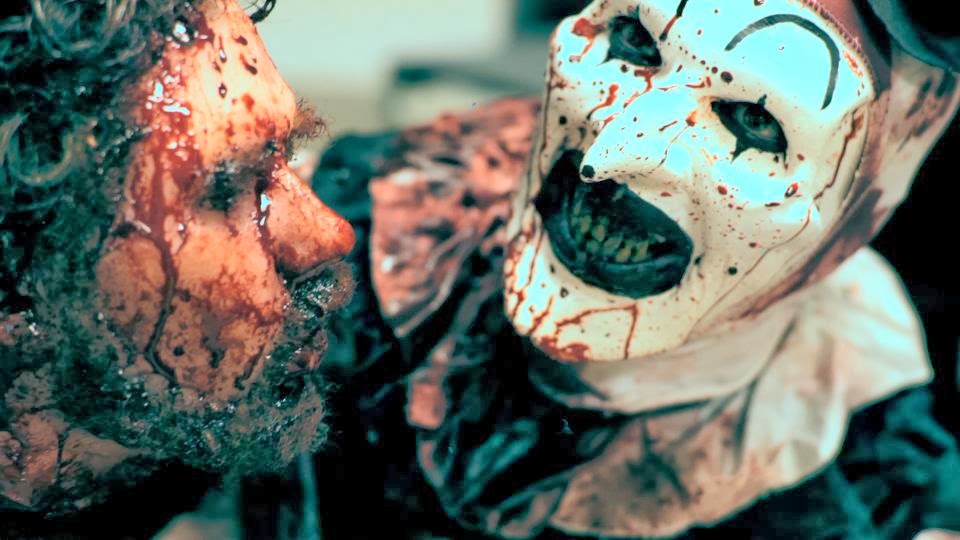